State of the Stash #20: In Search of an Aux Cable

My intentions were good, I swear. I went to bed on Friday night thinking I needed to go out and buy an aux cable in the morning, so that I could connect my computer to my monitor's built-in speakers.

I don't remember exactly how I came to be on Craigslist this morning, but once I was there it was fairly inevitable that I would check out the arts & crafts offerings. These are generally safe, actually, as it's pretty slim pickings for papercrafty supplies.

However, I happened upon a listing for a place called "DaFinds Antique Shop" or something of that nature, which said they had got some craft supplies and were selling them cheaply. It was a bit of a drive, but I was in the mood for a bit of a drive, so I decided to go check it out.

It was more of a consignment shop than an antique shop, which I guess explains the craft supplies. They were mostly stickers, so I was mostly able to resist, but I did end up with some neat cutouts, wizard hats, border strip stickers, and an alligator in a purple hat: 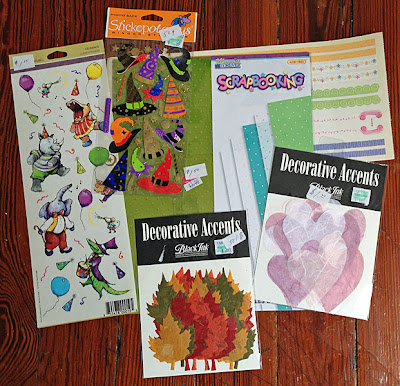 He just seemed like such a jolly alligator, you see.

DaFinds haul (well, the ones I could find to link to):

I returned to my good intentions and told the car's navigation system to find me an audio/visual sort of store. I was going to find a local shop and support the local economy! With my, um, roughly $10 aux cable purchase.

Where I ended up looked pretty residential. "Oh well," I thought, "try again." I had the car find another place more-or-less on my way home. Again, I ended up in a residential neighborhood. I don't know where the navigation system is getting its shop data from, but at least in this category it doesn't seem to be very good.

Feeling rather defeated, I drove roughly homewards... and took a sharp right into the parking lot of a Joann. I confess my intentions were no longer pure. There was very little chance that a Joann was going to sell me an aux cable, and quite a large chance that it would sell me some craft supplies.

I am in the process of moving, and without my supplies at the moment. But I'd just bought stickers and paper, so I figured I could get a stamp set and some ink and maybe something to cut with and scratch the create-things itch. It was an excellent excuse to pick up these Brilliance inks, which I've been thinking about trying out for a while. 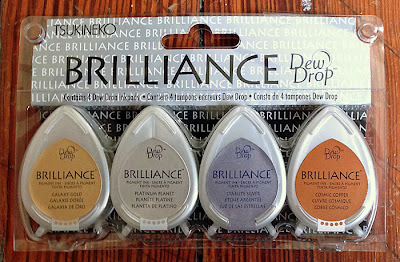 I wandered a large portion of the store, but this Joann was definitely tilted towards fabric crafts rather than general crafts. I've got no problem with that, as that's really just how it ought to be.

There were a couple of minutes where my basket was quickly accumulating cheapo acrylic dollar stamps, but I was very stern and put most of them back, keeping only this fun woodcut-y pair of cats: 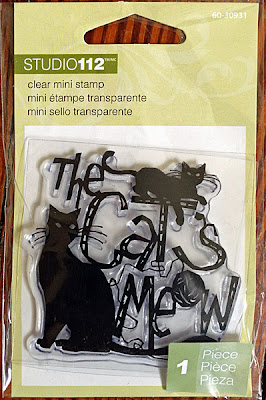 All in all, I was doing pretty well -- until I found clearanced stuff near the registers: a great big 12x12 stack of DCWV's "All Chalked Up" paper and a bunch of loose paper from The Paper Company. 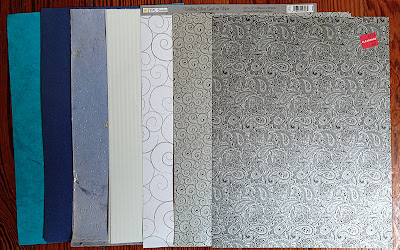 I know I have no use for 12x12 stacks, but I bought the darn thing anyway. Now that I'm actually at home and looking at it, well... yeah, it's definitely too big for me. So instead of putting a picture of it in this post, I've put it up for sale on eBay.

And then I bought several clearanced glue sticks, too, because there are definitely times when I run through glue sticks pretty quickly. 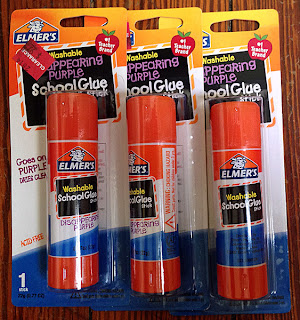 Joann haul (though I couldn't find most of the papers to link to):

Posted by belldoubleyou at 10:19 PM No comments: