Bookmarks XI: Backgrounds Ever After

This.. um, fortnight's, I guess.. Lawnscaping challenge was to make your own patterned paper with stamps, then make something with that paper. 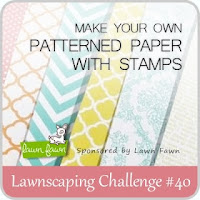 Not content with the amount of adorable Critters Ever After stamping I'd done this weekend, I decided to use a grouping of those stamps to make a background. I stuck the dragon, the griffin, and a bunch of stars onto a block and attacked some turquoise paper with silver ink.

Let me just talk about Fiskars' pigment ink for a moment. I see it get bad reviews on Amazon and none of my local independent or big box stores carry it anymore. The bad Amazon reviews are upset because the ink doesn't dry. From my experience, that's true. There's so much pigment in this stuff (they're not kidding about it being "high density") that it just stays wet. I don't think this is a problem. Never drying makes it the perfect (colorful) embossing ink. I have literally had embossing powder stick to this stuff a week after I've stamped it.

Anyway, I took my time carefully stamping in various orientations, and then clear-embossed the whole thing. I'd like to say all the little tone-on-tone dots that appeared where the embossing powder had stuck to static or moisture were on purpose to add a more subtle fantasy/fairydust kind of effect, but alas, lying is wrong.

Of course I made a pair of bookmarks. 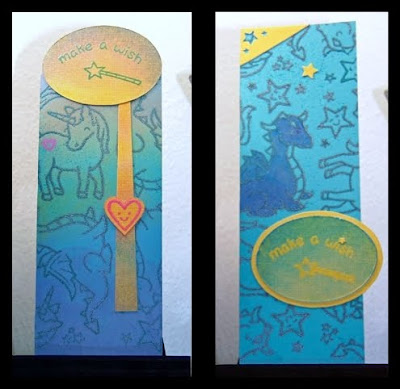 For the unicorn bookmark, I used some Color Box pigment cat's eye stamps to smudge the paper, wiping it off with a paper towel for a resist sort of effect. Unicorns mean rainbows, guys, it's just the way it is. Then I cut out some cardstock for accent pieces and gave them a similar treatment. I used the "make a wish" sentiment from the stamp set, taking advantage of the flexibility of the clear stamp to curve it. I used the long stripe of cardstock to try to draw attention back down to the unicorn in the background, but I don't feel I was entirely successful.

For the dragon bookmark, I used the same sentiment. (I actually stamped-and-embossed it in several different inks for the unicorn bookmark, so for this I just used one of the rejects.) I did the resist technique again, but only in blues and greens, and only around the sentiment. It blended into the background a bit too much, so I stuck it on more of the same cardstock and cut around it to make a thin bright yellow border.

Instead of trying to use other elements to draw attention to the dragon, I used a blue metallic Permapaque marker to color him in, pulling him out a bit from the rest of the background. The bookmark still seemed a little empty and bottom-heavy, so I took a corner of the scrap yellow cardstock I'd been using for all the other accent pieces, used a Fiskars corner punch to punch some stars out of it, and stuck it on the top. Then I took the larger punched-out star and put it on an empty space in the bookmark, and used one of the tiny stars to dot the i on the sentiment. I figured the unicorn bookmark had been a little heart-heavy, so I emphasized stars on this one.

I'm entering this little duo -- they're really one project in two pieces -- in these challenges:

Posted by belldoubleyou at 11:25 PM 6 comments:

I'd finished my dragon bookmarks, but my friend was still crafting. Since she'd made her first bookmark with a purple background, the other half of that 12" x 2" strip was on the table. It looked like it didn't want to go back into the paper bin as a scrap. It looked like it wanted to be a bookmark.

So I obliged. The packages of die-cut border strips were lying out since we had been rummaging through the paper bin, and a simple blue one looked like it would go nicely with the purple. I chopped off half of it and stuck it down, a little off-center.

This was the first time I'd actually broken into those packages, and I was a bit disappointed to find that the borders were not adhesive. Is there any possible use for these where you wouldn't want them to be adhesive? Oh well, they came from the dollar bin, so perhaps I shouldn't expect too much.

The bookmark actually looked pretty darn good with just the border strip, but I wanted it to be a little bit fancier. So I commenced to re-rummage through the paper bin, and pulled out a few fish that I'd stamped for the sandy bookmarks but rejected for various reasons. (At this point my friend thought the fish were so pretty, with their color gradations, that she had to talk herself out of staying longer and making more bookmarks. She kept reminding herself that she had book blog posts to write and really did need to go once finished with her current bookmark.)

I too think the fish is pretty, and of course it works very nicely with the blue and purple that were already on the bookmark.

It's a little less-decorated than normal, but I think more would be too much, you know? (Although I couldn't resist corner-punching one corner.) So I stopped here, and I'm pretty happy with my impromptu time-filling creation.

Posted by belldoubleyou at 1:43 PM No comments: 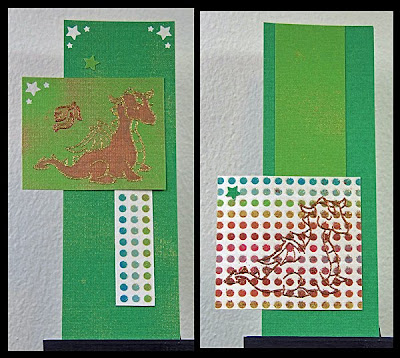 Posted by belldoubleyou at 11:30 AM No comments:

(This is a placeholder post until write some description.)

Posted by belldoubleyou at 7:30 PM No comments:

(This is a placeholder post until I write some description.)

Posted by belldoubleyou at 7:00 PM No comments:

(This is a placeholder post until I write some description.)

Posted by belldoubleyou at 6:30 AM No comments: Posted by belldoubleyou at 1:30 PM No comments:

(This is a placeholder post until I actually write it.)

Posted by belldoubleyou at 6:30 PM No comments:

Email ThisBlogThis!Share to TwitterShare to FacebookShare to Pinterest
Labels: haul 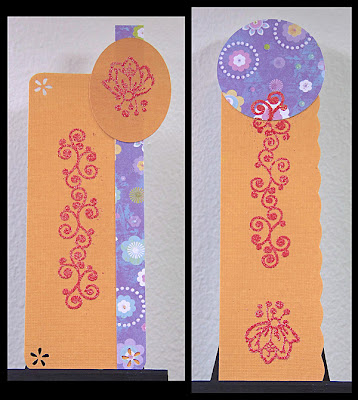 Posted by belldoubleyou at 9:30 PM No comments: